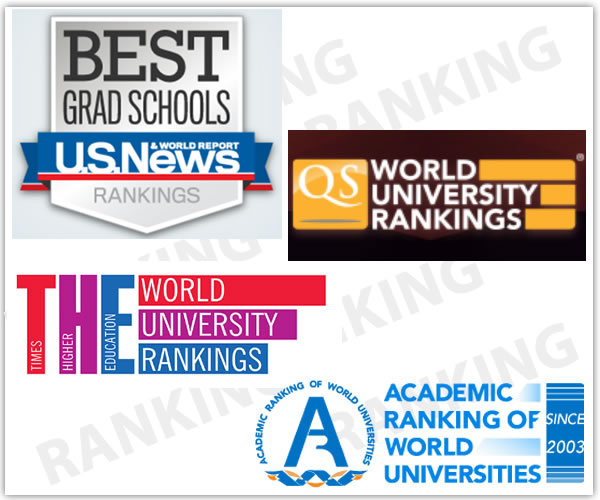 Harvard claims the top spot, followed by MIT. Ranking #5 is claimed by Oxford. A question that comes to mind is whether a student should care much about whether they go to #1 Harvard or #5 Oxford or #17 Imperial College London. The answer is perhaps ‘no.’

Comparing the two rankings, students can see discrepancies (does it surprise you that US News ranks Harvard as #1 while Time Higher Education ranks Oxford as #1?) The University of California-Berkeley, which is ranked #4 by US News, is ranked #18 by Times.

Personally, I cannot say much about whether Harvard or Oxford is a better school. However, I spent a number of years at the University of Utah and University of Alberta, my PhD-granting institution. I could, rather confidently, say that these two schools are mostly comparable.

My point here is that a US school that is ranked near top 100 (the case of Utah, for example) by one US ranking (US News) becomes 200+ or 300+ when ranked by other UK rankings (Times, QS). The same goes for the other way around. For instance, London School of Economics and Political Science, ranked #25 by Times and #35 by QS, is ranked #244 by US News.

I will not discuss the details of how rankings are done by different systems but here are a few things that affect the rankings.

If you go through these matrices, you will see how changing one matrix item would heavily affect the ranking results. What do we understand from these rankings? They vary a lot, depending on the system used to rank schools.  London School of Economics and Political Science could be top 25, top 50, top 150, or top 250, depending on who (or which country) is ranking it. This type of variability does not help students.

In summary, students should be beware of so-called global rankings. It is not a wise decision to make study decisions solely based on these. In fact, beyond a certain point, students should not look much into the rankings. Would you rather study at King Saud University (ranked #221 by QS World), Universiti Putra Malaysia (#229 by QS), Universiti Kebangsaan Malaysia (#230 by QS), or, say, Washington State University, a much lower-ranked #401-410 (by QS)? Personally, I know my answer. I am hopeful that you know yours as well.