Skip to content
Home > Education Insights > What you should know about rankings: Part I 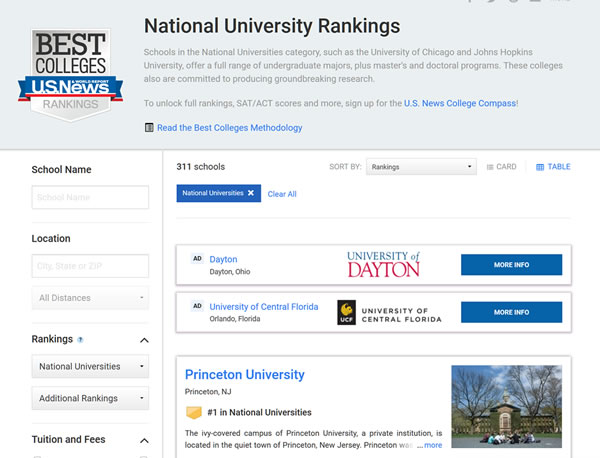 First and foremost, university rankings are very complex and students should never solely rely on them to make study decisions.

One type of ranking that is familiar to almost everyone is the overall ranking of universities. This ranking applies to the overall quality of universities without specific consideration for choice of majors, whether a student wants to study for a bachelor’s or a master’s degree, etc. In the US, one widely-used ranking report is that of US News and World Report.

The following are based on the 2018 reports unless otherwise stated.

Princeton is ranked #1, followed by Harvard (#2), and by Yale and University of Chicago (both tied at #3). It should be noted that rankings could vary from year to year and, sometimes, they vary quite a lot.  Hence, whether a student goes to #1 Princeton or, say, #5 MIT (or Stanford) makes not much difference.  In fact, the elite schools that are in the top 20 to 25 are so close to each other that the differences among them may be marginal.

Then enter the near elite schools that are in the next 20-30 range. Some very well-regarded schools (e.g., University of Michigan, New York University) belong to that category. This is followed by another 40-50 or so universities that could be considered first-rate by most standards. These schools include, among others, University of Texas-Austin, University of Washington, and University of Maryland. The universities hitherto mentioned make up of what is called the ‘top 100.’ Despite this ranking, a student should be aware that a university that is ranked, 110, may not be much different from a university that is ranked 110 or even 90.  Hence, when considering the US universities, getting into the top 20-30 schools may be the dream of every student. However, apart from these, there are also another 50-100 schools that provide top-notch quality education if one should get accepted.

Apart from the US News, Times Higher Education also provides rankings of US universities. 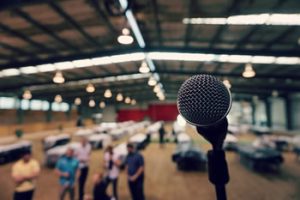